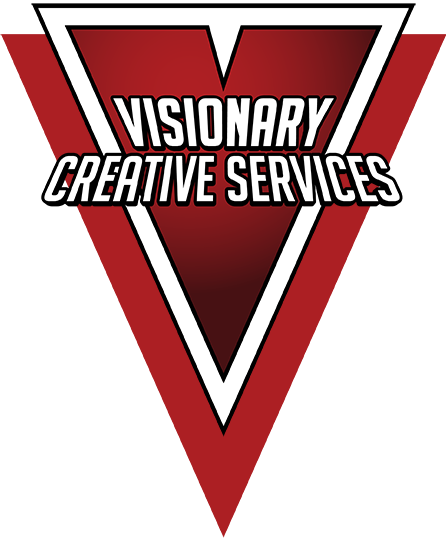 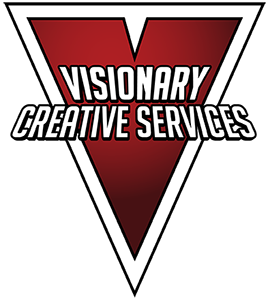 Here you can read about our history, awards, licenses, and just about everything we’ve ever done.

LAUNCH.
Based in Maryland, Visionary first opened in 2006 as a dedicated comic teaching studio, operating as a packaging and production house, while working with new talent to develop their own properties into actual projects. They recruited well-known and established creators in many fields to act as mentors and teachers.

CREATORS.
Within three years, Visionary had successfully helped launch the careers of a number of creators and also debuted their first completed projects. Their creators went on to work for such companies as Image, Top Cow, Boom Studios, Dynamite, Archaia, Dark Horse and even Marvel and DC Comics. Print projects debuted with such publishers as Image, IDW, Markosia, eigoManga, and Bluewater.

RECOGNITION & AWARDS.
By 2011 the studio had positioned itself as one of the most well-known and respected production studios in the business and had grown to become the largest digital-first publisher in the market. Their titles won awards, from top five listings for indie comics to CBG awards. Their creators were nominated in and won multiple contests and awards as well, including Eagle Award nominations, Zero2Hero, and Shadowline creative contests.

LICENSES.
In June of 2011 Visionary announced its first license, the Deadlands role-playing game from Pinnacle Entertainment, making it the first studio in comics to develop its own licensed content. It published a series of one-shots through Image Comics, featuring a who’s who list of top talent from the horror-western genre. The comics were met with critical success and hailed as the “All-Star Westerns” of the comics industry.

COMMUNITY.
In 2011 the studio also moved back into teaching, as it began sponsoring multi-session comic creation and design courses at Anne Arundel Community College.

In 2012 the studio then launched a fully integrated internship program for those wishing to learn more about the industry and willing to work hard in the process. Interns received hands on training and experience working on actual projects. Many of these interns then graduated on to paid work with their own projects following the completion of the program.

CROWDFUNDING.
In 2013, the studio launched its’ first Kickstarter campaign, a huge success, funding the second-wave of its Deadlands titles. It has since sponsored and supported multiple campaigns which have all completed successfully and will be growing its presence in the crowdfunding arena.

BOOKS.
In August of 2013, they then announced they had reached an agreement with Tor Books to begin publishing Deadlands novels, marking their first foray into the prose fiction market.

The first novel in that series, Ghostwalkers, written by New York Times best-selling author Jonathan Maberry, was released in Fall of 2015 and was nominated for a SCRIBE and Dragon Award. The second novel, Thunder Moon Rising by Jeffrey J. Mariotte, followed in 2016, and the third novel, Boneyard by Seanan McGuire, in 2017.

THE NEW VISIONARY.
In August of 2021, the studio announced it would begin several waves of expansion and growth over the next few years, including adding additional services, multiple staff, partners, and divisions. Key among this new chapter is a full business partnership with Outland Entertainment to centralize it’s direct releases for both comics and prose.

The production studio, the core identity of the business, now operates under the Visionary Creative Services brand, and new market-specific labels are used across their diverse line of content, with new comic projects continuing under the Visionary Comics label, and future novels and prose work released under the new Visionary Books label, as published by Outland Entertainment.

Visionary remains a dynamic trendsetter in the industry, and with a growing roster of top talent, a diverse line of content being produced in more and more markets, and a fast-growing library of intellectual properties it represents for all forms of media, Visionary is growing into a true transmedia powerhouse for the twenty-first century.

OUR CORE PRINCIPLES.
What will never change is Visionary’s core principles of inclusiveness, diversity, integrity, and quality. Visionary has, since its beginning, been a staunch advocate of creators, pushing for creator rights, fair compensation, representation in both creators and characters, and giving back to the community at large. Our goal is to strive to live up to our name in every way, from how we work, who we support, and what we produce. We see our name as more than our brand, it’s our calling, to be truly Visionary in all that we do.

Ready to get started?

Tell us about your project!

Don't miss out on news items such as conventions appearances, new projects we're developing, creators we've added to our roster, and free stuff!

Stay up to date and sign up for our monthly newsletter!